Shark is an old and well-established vacuum manufacturer which has successfully established a large customer base in traditional vacuums. In the last couple of years, it has made the transition towards creating a range of robot vacuums, known at the Shark ION ROBOT range.

The two products of this series are the Shark ION Robot 750 and 850 version released in 2017 and 2018 respectively. These two robot vacuums are relatively cheap options designed for cleaning pet hair and come equipped with respectable functions and features.

Shark made the right decision by jumping straight into the Wi-Fi connected robot vacuum market, which both these robot vacuums are.

This article on Shark ION Robo will explore these two vacuums features in detail a breakdown for you whether they are a good purchase. For a comparison with Roomba check this article out. 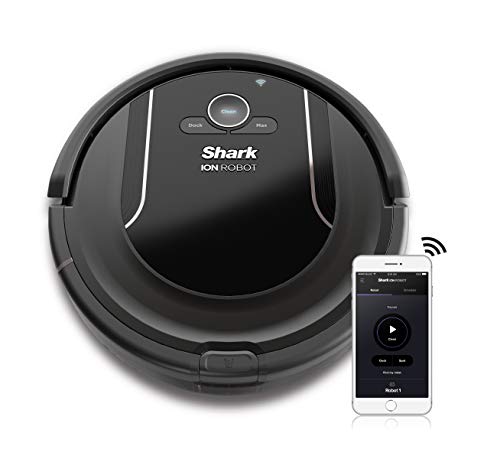 Sharks ION ROBOT range follows the typical circular shape of the industry. This design uses side brushes to push debris and dirt in corners into the path of the vacuum. The finishes of both the 750 and 850 follow a similar black and grey theme. There is a slight difference between the two where the 750 has three small towers along the front of the body.

Each robot vacuum has the same button placement, including a Clean, Dock and Spot Clean button. This keeps the device styling as minimal as possible with many of the other feature controls being available on the Shark ION ROBOT app. 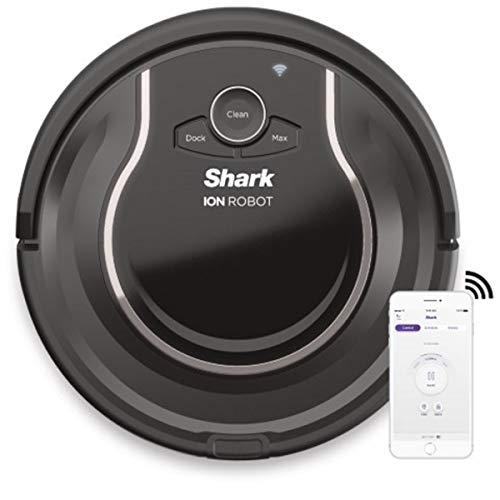 The Shark ION ROBOT app is an accompanying control interface available on IOS and Android systems. A real strong point for the Shark ION ROBOT series, the app is very well reviewed and comes with a bunch of impressive features.

Once you have connected your Shark ION ROBOT to your home Wi-Fi network you can undertake controls which include:

Beyond this, there are some other impressive monitoring and reporting features including:

There are some discrepancies between the navigation technology of both the Shark ION ROBOT 750 and 850, although the newer models methods are based on the original.

Smart Sensor Navigation (1.0) is the technology used in the SHARK ION ROBOT 750. The details of the technology aren’t exactly clear, but an array of sensors are used to detect options and accordingly navigate.

Smart Sensor Navigation 2.0 is used by the SHARK ION ROBOT 850 and 870 to maneuver around the objects. The technology is again not specified although Shark state that this updated navigation technology features increased sensitivity

Overall, this navigation technology does not par the likes of the top of the line Roomba models, such as the i7+ and 980. Shark is yet to incorporate a mapping technology into their robot vacuums, which leaves out the most efficient cleaning routes possible, as well as map reports.

The cleaning ability of the SHARK ION Robot series is respectable, although it is certainly not the best in the industry, as you would expect given there price.

The cleaning mechanisms of both the 750 and 850 are the same as its comprised of Dual-Brush Edge & Corner Cleaning.

Cleaning on hard floors is a comparatively easy task compared to carpet cleaning. If your home is exclusively hard floor then a Shark ION ROBOT vacuum is a suitable choice. These vacuums were designed with the intention of targetting pet hair, so if this if your primary motive then it is also a solid choice.

Carpets are where robot vacuums really tested for their cleaning capabilities. The Shark ION ROBOT vacuum series has developed some carpet cleaning power technology in the 800 series models, although it certainly does not match the likes of the newest Roombas.

The original Shark ION ROBOT 750 is less well equipped to deal with carpets as its Max power mode is relatively limited compared to the newer models. The Shark ION ROBOT 850 and 870 has 3 times the maximum suction power of the previous model.

Dustbin size is a fairly important convenience factor in a robot vacuum. The 750 has a 380ml dustbin whilst the 850 upgraded to a larger 600ml bin. The bin itself has been designed to be as quick and easy to remove from the robot vacuum as possible.

Now the main features have been covered off in the previous sections, this part will explore the remaining features and specs which are useful to know.

Voice control of the Shark ION ROBOT 750 and 850 is possible with either Alexa or Google Assistant. Shark has worked to build up an Alexa Skill for an extra degree of control on the device. A few examples of voice commands with Alexa include:

The rechargeable lithium-ion batteries of the Shark ION ROBOT 750 and 850 last for around 60-70 minutes, although this will vary based on the mode used. When approaching a low battery level, both these robot vacuums will return to the docking station to recharge.

A BotBoudnary Strip is the equivalent of the Virtual Wall Barrier that accompanies some Roombas. Essentially the strip you lay down is effectively seen s a wall by the Shark Robot. This is useful if you want to close off some rooms for cleaning. The Shark ION ROBOT 750 and 850 both come with some BotBoundary Strip included.

Shark has made a decent attempt to jump into the robot vacuum market, especially by starting off Wi-Fi connected and voice controllable devices. The Shark ION ROBOT 750 and 850 are respectable, although certainly not state of the art compared to market leaders Roomba and Dyson. However, this is reflected in the price tag too, which makes the Shark ION ROBOT series a fantastic option of a brand for anyone looking for a cheaper option which is Wi-Fi and smart connectable.

In this section, we will answer some of the most commonly asked questions that people have in regards to the Shark ION Robot series.

What is the best Shark ION Robot?

The Shark ION RQ101AE is the top of the line model from Shark ION Robot. It has the best navigation technology, automatic dirt disposal technology, and powerful cleaning motor.

What prices are Shark ION Robots?

Shark ION Robot vacuums are priced anywhere from $200 to $450, depending on which model you want to go for. The RQ101AE is at the top of the range whilst most of the other models are more around $200 to $300. This makes Shark ION one of the best budget robot vacuum brands.

Yes, these robot vacuums are a good choice as any model is, for cleaning pet hair.

The Shark ION RQ101AE is the only model that has a camera and smart mapping technology called IQ NAV. Other models have more basic navigation technology which is called Auto-Sense.

Best Smart Lock: August vs Schlage vs Yale vs kwikset

Roomba i7+ vs i7: What is the difference?

Roomba S9+ vs S9: What is the difference?

Roomba e5 vs 690: What the main differences?